SEATTLE, June 16, 2021—On June 29 at 10 a.m. there will be a press preview for The Museum of Flight’s new exhibit, Stranger Than Fiction: The Incredible Science of Aerospace Medicine. The exhibit, opening July 3, is about the daring aviation and space adventurers, doctors and researchers who developed the means for us to go higher, faster and farther through the air and into space. These are people who did the risky business so the rest of us can have a safe trip. Stranger Than Fiction closes Feb. 6, 2022, and is free with admission to the Museum.

Interview Opportunities
There will be interview opportunities with both the exhibit design team and exhibit advisors including NASA astronaut and former Medical Operations Lead for the International Space Station, Dr. Michael Barrett, and Dr. Richard Jennings a flight surgeon for Space Ventures and former NASA chief of medical operations for the space shuttle.

The Displays
Stranger Than Fiction was designed in the style of vintage comics that portrayed scientists as superheroes and their inventions as wonders almost beyond belief. On display will be artifacts including the medical kit from space shuttle mission STS-134; the Zipline drone that delivered life-saving blood to remote medical clinics in Rwanda; one of the first in-flight compressed air systems for keeping World War I aircrews alive at breathtaking altitudes; an electric “Bunny Suit” that kept bomber crews warm in sub-zero cabins during World War II; a Russian “Penguin Suit” that helped space crews keep fit in orbit; and the “BioSuit™” spacesuit designed for future space explorers. The exhibit also features video interviews and archival footage of some of the most outlandish experiments in aerospace medicine.

What Does Aerospace Medicine Do For Us?
Aerospace medicine encompasses the biological, psychological and comfort factors of human aviation and spaceflight. Today we can live in space, fly faster than a speeding bullet, get our meds delivered by drones, and snooze at a window seat that is inches away from an environment of certain death. All of this is a due to the research, development and practice of aerospace medicine. The backstory hasn’t always been safe or sane. Stranger Than Fiction offers a pleasant and insightful view of the journey and what’s ahead as we reach for Mars.

Stranger Than Fiction is sponsored in part by Kaiser Permanente. 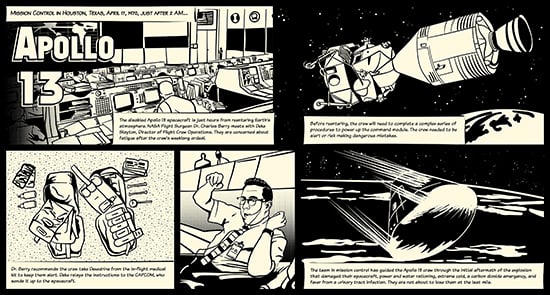 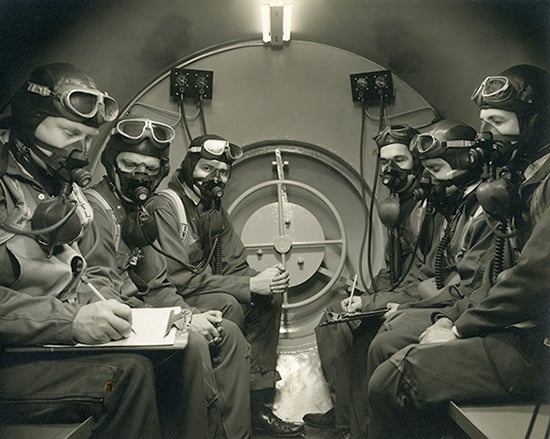 Images - Lead Image: 1920s advertisement for the Ruggles Orientator, a devise to help pilots cope with unusual attitudes in flight. Lower images: Original storyboards in the exhibit, Stranger Than Fiction; photo of aviators being tested in an altitude chamber. All images The Museum of Flight.